A few months back, while I was still at Stanford (I’m now at Harvard Law’s CLP), I explored the nature of disruption in Big Law.  I wanted to focus on Big Law because it is perhaps the component of the overall legal system at least as likely to experience disruption as any other.  At the end of the day, markets drive innovation. When it comes to Big Law, the clients, many of whom dwarf the size of their law firms, hold the cards, and are increasingly learning how to use them.

I had the privilege of working with a great JD/MBA student, Thomas Buley. We wrote a reasonably short article describing the situation, comparing Big Law to other markets from the perspective of Clayton Christensen’s The Innovator’s Dilemma.  Christensen’s body of work often breaks down innovation into sustaining and disruptive innovation. However, we found that neither speaks accurately to the changes happening in Big Law.

On the one hand, sustaining innovation, a description of increased efficiency for current deliverables, breaks down under the regulatory and business structures that have evolved around such firms.  On the other hand, disruptive innovation, which portends the inevitable collapse of incumbents in the face of changing market values, fails to account for the ultimate potential brought about by the eventual efficient utilization of external legal expertise.

Big Law, at its core, serves a valuable purpose that is arguably best suited for (some varied form of) a law firm.  That being said, and even taking into account the myriad factors that support Big Law’s prominence, it’s also easy to argue that Big Law is unlikely to continue within its current structure.

As described in the article, current law firm values such as comprehensiveness and quality-by-proxy (e.g. reputation, pedigree) are not central to the delivery of high-value legal services as measured by quality and cost.  The article describes the concept of “adaptive innovation” as the type of innovation that disrupts non-core values, but leaves in place the actual core values sought after by clients.  Among these new values are efficiency and ROI.

Soon after releasing the article, we held an interesting discussion at Stanford with Stephen Poor, the chair of Seyfarth Shaw. 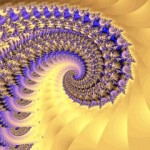 Since the release of the article and video of the talk, I’ve been approached by several people who have viewed one or both, including managing partners and academics, who have told me that they appreciate that we didn’t attempt to over-simplify the changes afoot, either by assuming that nothing needed to change, or that Big Law was doomed.  The legal ecosystem is complicated, and as Einstein is (somewhat erroneously) quoted as saying, “Everything should be made as simple as possible, but not simpler.”

Law firms will likely remain an inevitable mechanism for the delivery of many of the services currently occurring there for the foreseeable future, though under a different model.

Note — this article was reprinted by Thomson Reuters’ Legal Executive Institute on Aug 9, 2015.