This month CNBC Journalist Eric Rosenbaum interviewed me for an article entitled “Can elite law firms survive the rise of artificial intelligence? The jury is still out“. Below is one of several sections in the article in which I am quoted. 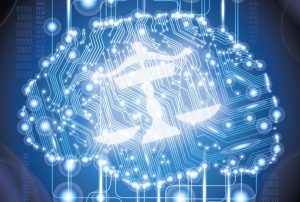 Dolin noted that Google has a dashboard that allows its legal counsel to monitor the billing codes being generated by outside law firms.

“The leading indicator of change by far is data gathering and data acquisition. All the data is there and is increasingly enabling competition and pushback in a strong way. If you are charging me three times as much as someone else, can you tell me what is unique about this deposition? In-house corporate counsel has never had that power before but do now,” Dolin said.

Dolin — who now teaches courses in legal technology and informatics at universities including Stanford and Notre Dame — said billable hours are only one problem within the larger problem of how legal partnerships think. They don’t think like corporations, where a portion of revenue is paid out to shareholders in the form of dividends and the rest of the money put back into R&D and systems. Partners are both the corporate managers and shareholders.

“For some reason, partners think it’s taking money out of their pocket to invest in new systems,” Dolin said. In addition to his academic work, Dolin is an angel investor focused on legal technology start-ups.

Dolin does not worry about associates losing their jobs. It’s not the model of a next generation of good attorneys that is breaking, he said. “But if you have a pyramid model, that’s in trouble.” He said firms are narrowing that model into a pipeline and continuing to make a profit that way, switching from pure billable hours as the dominant model to some fee structure that incentivizes efficiency and value.