Why does the U.S. Supreme Court have an odd number of justices; what would happen if it didn’t?

In the summer of 2014, well before the death of Justice Antonin Scalia and the ensuing political turmoil about filling his vacancy, I attended a conference at Stanford dealing with the logical formalisms of inconsistency (“Inconsistency Robustness”).  It was spearheaded by the well-known computer scientist and logician Carl Hewitt.  To date, logic and computers often flail when trying to handle conflicting statements.  Research is ongoing to find new ways of formally and smoothly handling inconsistencies that are more intuitive and closer to the way humans mentally handle them.  Having a background in math, computer science, and law, I’d been asked to discuss how inconsistency is handled in the legal system.  On slide 7 of my presentation, I simply asked the preceding question – why do we prefer that the Supreme Court (SCOTUS) has an odd number of justices?

Background: Why An Odd-Numbered Court? 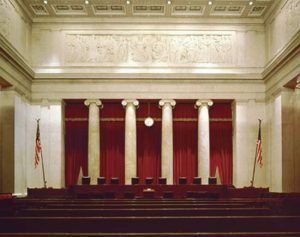 Though there have not always been 9 justices on the Court, with little exception, there has been an odd number since the Civil War.  In “Nine, Of Course” (NYU Journal of Law and Liberty, 2006), Peter Nicholas challenges the notion that Congress has the Constitutional authority to set the number of justices to nine.  In so doing, however, he barely skims the surface as to why we might want to have an odd number from a policy perspective:

A. Assuming that all of the justices participate in a case, having an odd number of justices eliminates the possibility that the court will be split evenly and thus will be unable to agree on how to dispose of a case: that makes nine superior to eight or ten. And having one hundred justices would be unwieldy: do you realize how long the bench would need to be?

Since Nicholas’s paper focuses on the legal justification, not the policy one, that’s the end of it.  Or is it?  Why, exactly, do we prefer that the justices are able “to agree on how to dispose of a case?”

In his paper, “Supreme Court Appointments as a Move-the-Median Game” (2006), Keith Krehbiel examines the game theory behind the (Supreme Court) nomination process and its impact on policy.  He assumes, however, an odd-numbered court, where an even number is the situation only after a vacancy.  Although Krehbiel references background work, the existence of an odd-numbered court seems to be a pervasive underlying assumption.  An even number, the paper explains, leads only to non-decisions and gridlock (since, for example, a split between the lower courts wouldn’t get resolved with a 4-4 decision).  While the game theory prior convention is that a split among an even-numbered decision-making body would lead to a policy compromise, that assumption fails where the body is unable to reach a majority opinion and a non-decision simply maintains the prior status quo:

There are at least two reasons to deviate from this convention, however. First, when regulatory agencies or courts, for whatever reason, change from odd to even status, their size changes do not trigger automatic policy adjustments. On the contrary, regulatory agencies’ rules stay in effect and the body of case law and precedents remains intact until regulators or judges take positive majority actions. Second, splitting the difference may be—but is not in general—the outcome of a future bargaining game among an even number of members. More to the point, the split-the-difference outcome is not in general the equilibrium outcome of a future voting game. (Krehbiel, pp. 6-7, footnotes removed)

That is, the assumption in the model is that with a split on an even-numbered court, no compromise opinion will (ever) form.  Furthermore, a non-decision that maintains the status quo is treated as something to be avoided.

At the time of my talk, I was simply addressing the issue of how in American culture we lean toward a fast, imposed, resolution of conflicts.  [“Fast”, as discussed below, is a relative term.] This view of dispute resolution is perhaps exemplified best in our adversarial model of litigation.  See, for example, Robert Kagan’s “Adversarial Legalism: The American Way of Law” (2003), described as follows:

Kagan describes the roots of adversarial legalism and the deep connections it has with American political institutions and values. He investigates its social costs as well as the extent to which lawyers perpetuate it. Ranging widely across many legal fields, including criminal law, environmental regulations, tort law, and social insurance programs, he provides comparisons with the legal and regulatory systems of western Europe, Canada, and Japan that point to possible alternatives to the American methods.

Kagan notes that while adversarial legalism has many virtues, its costs and unpredictability often alienate citizens from the law and frustrate the quest for justice. This insightful study deepens our understanding of law and its relationship to politics in America and raises valuable questions about the future of the American legal system.

By comparison, a Buddhist notion of conflict involves recognizing our own contributions to a dispute.  It attempts to remove our strong emotional reaction from the resolution process, while making every effort to empathize with seemingly opposing views.  This perspective involves holding onto multiple conflicting perspectives of a conflict in an attempt to find an underlying resolution, as described in an article in ADR Bulletin (Dec, 2001):

What Buddhism offers the field of conflict resolution is another perspective and way of moving through the dispute to a place of reconciliation. A path of inquiry encourages the individuals to each recognize their contribution whenever there is a conflict, both in terms of the immediate emotional world they are creating around them as well as their ways of resolving it. This approach encourages all parties to maintain their self-respect, to be treated with kindness and compassion and to create rich conditions to explore possible solutions that result in action based in wisdom.

The notion of holding tension and conflict without avoiding or forcing a resolution is also found in some Christian doctrine (e.g., “Embracing Tension“):

We live in a world of tensions and contradictions. And so we have three options: 1) flee from the messiness of those contradictions, 2) take sides and fight against them, or 3) simply hold the tension in our heart until we and the world around us are transformed. The cross-shaped or cruciform life is this third way, a way that holds the tension of life’s contradictions and conflicts without fleeing or fighting. It’s a hard thing to do.

The point of that one slide at the conference was simply to highlight the cultural reasons why we believe that an odd number of Supreme Court justices is necessary, resulting from our societal notions of how conflicts should be addressed (resolved).

Neither A “Conservative” Nor “Liberal” Idea

In an article from The Federalist arguing for an even number of SCOTUS justices, “Keep The Supreme Court Bench Even-Numbered,” (July 2016), Joshua Divine argues that the court should have an even number of justices.  In addition to the article, the comments show a varied response to such a suggestion.  Part of the point of an even-numbered court is to hold off on decisions that are politically charged, with an eye toward lowering the political tension in the Judicial Branch.  There are issues related to the appointment process in order to keep an ideological balance, the potential impact on forum shopping, and the notion of how or when a resolution of any given issue would surface.  However, these implementation details are not political in nature.  The notion of a case being “ripe” has historically involved notions of concreteness and the prevention of premature judicial intervention in administrative execution.  An even-numbered court would procedurally merge ripeness with the political question doctrine within a justiciability framework: an issue may be viewed as not ripe if the political environment is still so charged that the court would be unable to reach a majority decision (assuming an even split in ideological appointments).  Part of the perceived problem with leaving things unresolved has to do with our notion of time.

The “Civ” Perspective of Time

The newest version of Sid Meier’s Civilization VI recently came out and I was co-opted to play it.  The reviews have been stellar, for good reason.  One key aspect of the game is that the timeframe of the development of human civilization is certainly not measured in decades, but in millennia.  In that vein, the resolution of conflicting priorities and the evolution of human morality is sometimes worth waiting for:

When everything is fresh and new, you might not realize that you’re plopping down a university campus in a place you should have waited to build a neighborhood several centuries later. One late game civic (the cultural equivalent of a tech) unlocks the ability to build National Parks, granting a massive boost to culture—but unless you’ve been planning where it’s going to go from 4000 BC, chances are you’ve already destroyed all of the pristine nature required to set one up. (PC Gamer)

When looking forward, 10 years is interminable.  But when looking backward, a 100-year struggle can seem relatively short from a historical point of view.

Ideological Transparency and The Long-Term View 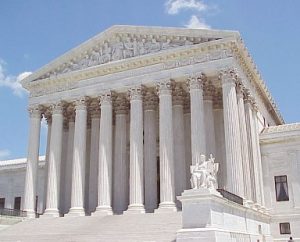 If we look at some of the cases where the Court came to a 5-4 decision, we are all likely to find some outcomes with which we (strongly) agree, and some with which we (strongly) disagree. Approximately 20% of SCOTUS decisions are split 5-4. When I’ve asked people about a deferred decision, I often get an answer regarding the urgency of the issue.  But when I ask how they feel when the decision didn’t fall in the direction they wanted, the decision didn’t seem so urgent.

What would happen if we changed that dynamic to hold off on that method of dispute resolution? For example, imagine that we no longer attempt, with seemingly only limited success anyway, to have politically independent justices. Instead, suppose we intentionally, transparently, attempt to split the court evenly along some type of ideological “conservative” to “liberal” continuum, say selecting four of each on an even-numbered court.  Now imagine that the majority of 5-4 decisions would instead yield 4-4 decisions.  What would happen?  Well, for cases where the lower courts are divided, that divide would remain.  That is, some regions of the country would continue to decide things differently than other parts of the country, at least for some time.

One might imagine that at some point, over decades, regions or justices would evolve their thinking, or technology intervenes, etc.  A non-controversial simple example might be the problem of texting while driving.  This relatively new problem is also equally likely to be relatively short-lived – it will likely be resolved by self-driving cars.  How many controversial issues might resolve themselves nationally by waiting a little longer until we would arrive at a SCOTUS decision of, say, 5-3?

One could certainly imagine any number of problems with an intentionally divided court.  This “radical concept” blog post is not intended to do more than question the presumption of the superiority of an odd-numbered court over an even-numbered court, and to look at the origins of that assumption.  Deferring decisions is not the same as avoiding them.  Waiting is relative to our notion of timing.  This is not an argument about delaying justice at the trial court level, or even at the appellate level.  This argument is about taking another look at the role of the Supreme Court in mandating policy and law across the entire country, and whether that type of decision is best made when there is more consensus than there may be under a 5-4 decision.