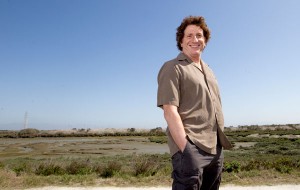 Dr. Ron A. Dolin is a Lecturer on Law at Harvard Law School and Senior Research Fellow at Harvard Law’s Center on the Legal Profession. He co-edited the textbook, Legal Informatics, published by Cambridge University Press in 2021. Dr. Dolin wrote five chapters for the book, including “Technology Issues in Legal Philosophy,” “Information Intermediation” (e.g. search), “XML in Law: The Role of Standards in Legal Informatics,” “Measuring Legal Quality,” and “Adaptive Innovation: Innovator’s Dilemma in Big Law.”

Dr. Dolin received his B.A. in math and physics from U.C. Berkeley before heading to Geneva to work at CERN, the high-energy physics lab. After a few years, he left for graduate work, obtaining a Ph.D. in Computer Science from U.C. Santa Barbara with his dissertation on scalable search. Ron was one of the first 100 employees at Google, working on search quality, and left after several years to get a law degree. He is a licensed attorney in CA.

In addition to research and teaching, Dr. Dolin is also an angel investor, focusing on legal technology startups. He has taught MCLE courses on document automation for the CA Bar, and was on the executive committee of the Bar’s Law Practice Management and Technology section.  He co-founded the Program for Legal Technology and Design and worked on legal innovation at Stanford Law’s Center on the Legal Profession. Dr. Dolin has been asked to participate on panels and give talks at universities and organizations such as Stanford, COLPM, ILTA, ACC, and CLOC on issues related to legal technology and innovation.  He is an internationally well-respected expert in the field of legal informatics and legal innovation. A selected list of his presentations can be found below. He was selected as one of the 2014 Fastcase 50, and 2014 ALM Recorder’s Innovator Award recipient.

Dr. Dolin’s areas of research include developing and analyzing legal quality metrics: definition, implementation, and assessment of the metrics; impact of standardized quality benchmarks and testing methodology on the legal system, including in-house selection and management of outside counsel, increasing access to justice, legal technology startups and general competition, latent middle-class market, and UPL regulations. Dr. Dolin’s research considers legal market analysis from the perspective of Innovator’s Dilemma (Clayton Christensen, Harvard Business School) including the role of bar associations, incentives, business structures, and other factors impacting the adoption of, and barriers to, legal innovation. This research includes comparison of the legal profession with other sectors such as medicine, hi-tech, and consulting, including the use of standardized billing codes, quality metrics, and education. 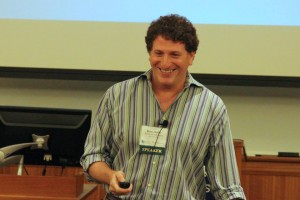 Moderator and panelist at Stanford Center on the Legal Profession, entitled “Keep Calm & Carry On? Disruption in the UK Legal Market & What It Could Mean for the US”, Stanford Law School, May 5, 2014 with Riverview Law CEO and Co-Founder, Karl Chapman, Vice-President of Riverview, Andy Daws, and Orrick’s Chair Emeritus, Ralph Baxter. Video

District of Oregon Conference entitled, Innovations in the Law: Science and Technology, at the Oregon Museum of Science and Industry in Portland, speaking about ODR, October, 2013

Conference on Online Dispute Resolution, Stanford Law School, April 19, 2013, panel entitled “The Impact of ODR on the Practice of Law”

Here are some of the companies I have worked with.